And here can be found everything else! Take a trip down memory lane, discover the origins of Doom Absolute…from sketches and musings to brainstorms that became major points in the series. 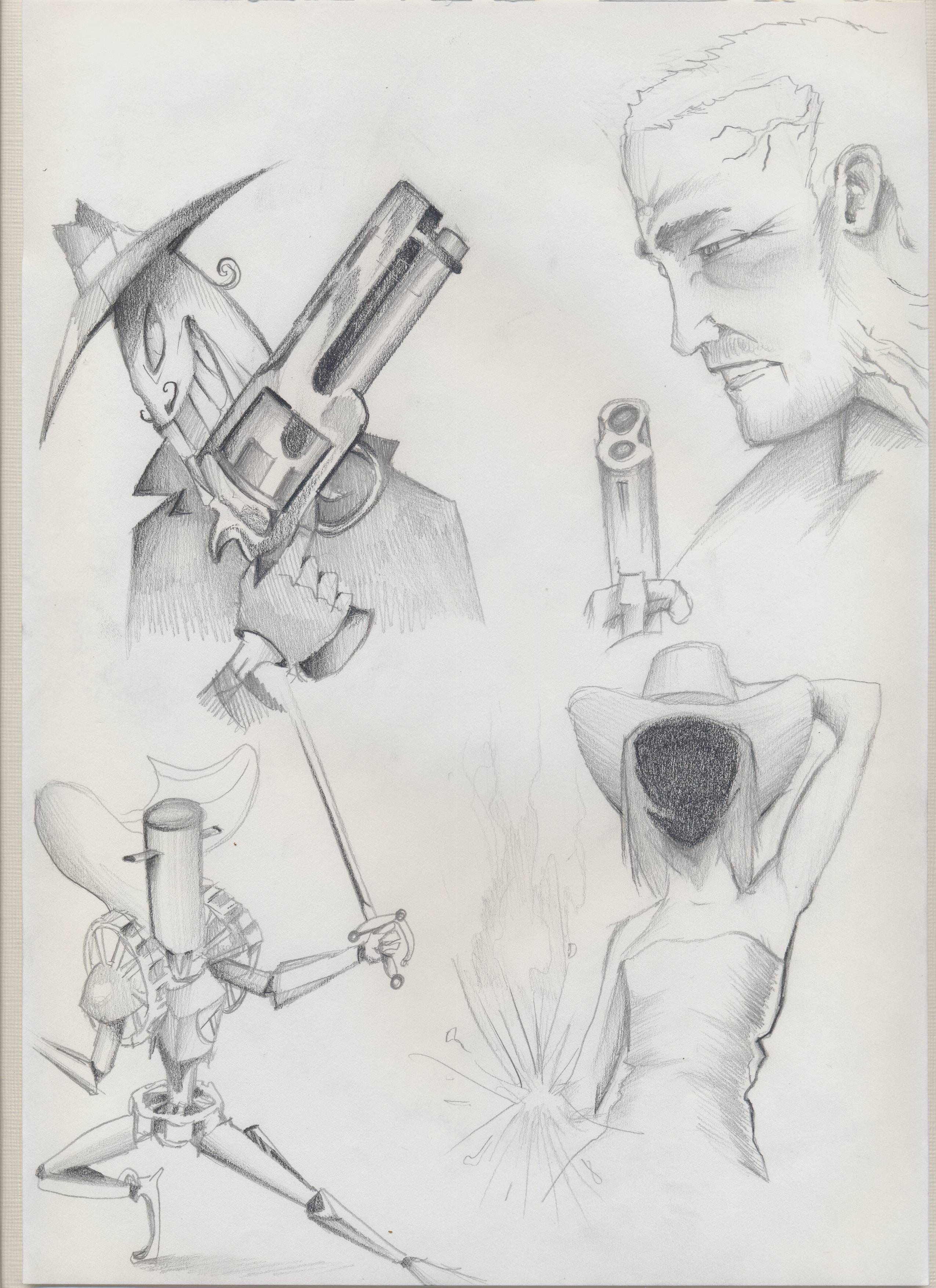 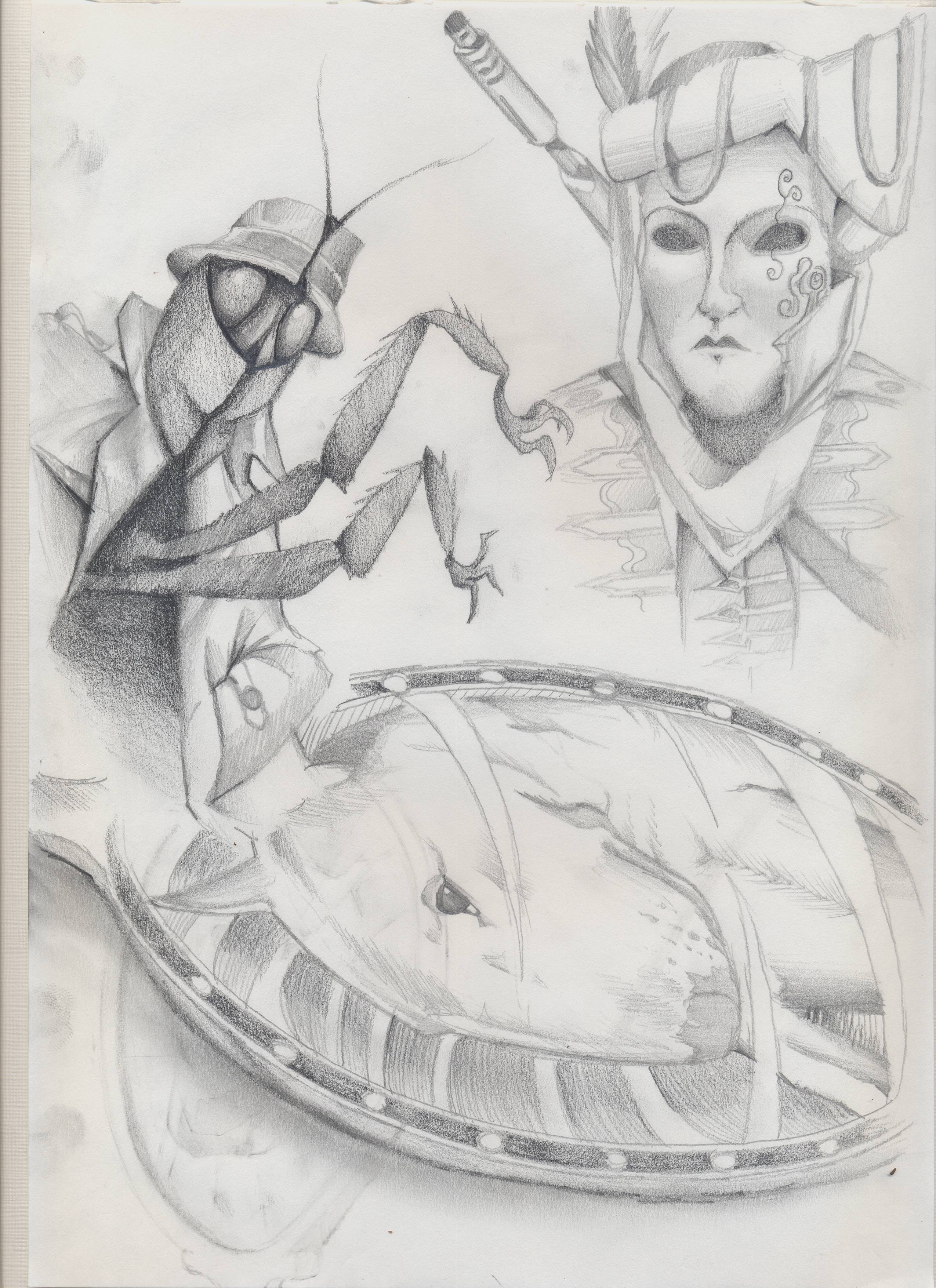 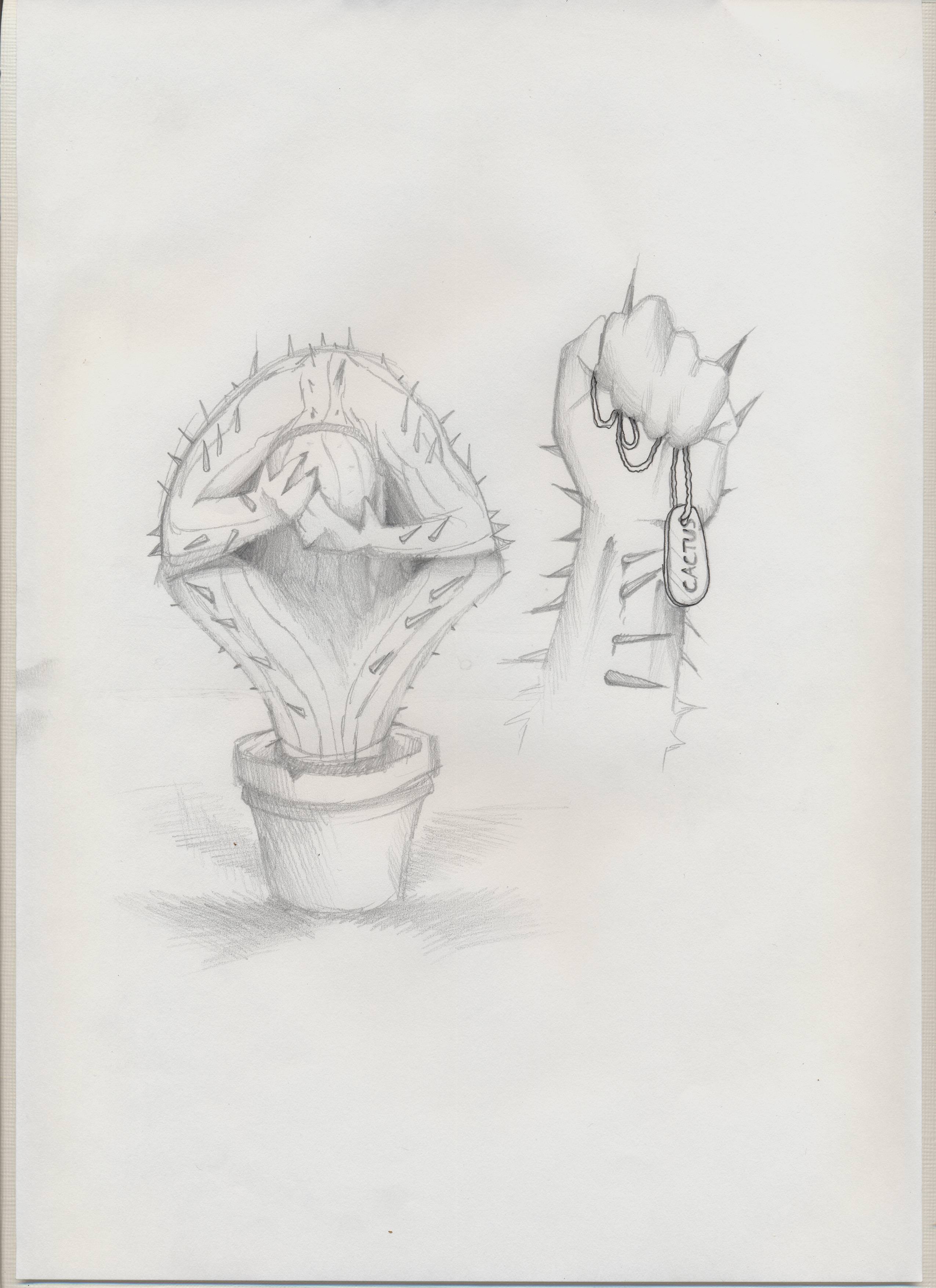 Summer 2001, my little sister was working at a holiday camp in Edinburgh, Scotland, and phoned me to complain. That was a roastingly hot summer as I recall, the kind where grass quickly turns brown and the English government are even quicker to apply hosepipe bans with killjoy-esque relish. Complaining to me that she had received no letters from me back in England. I asked her if she’d like a regular pen mail in the form of a short story, split into little chapters. She readily agreed, pleased with my idea. So was born ‘The Hunt For The Red Spondoolies’, a light-hearted story rife with in-gags that only we’d understand.
Written crudely on notepaper, THFTRS told the tale of Alma and her small band of misfits trying to find missing gems, that would enable them to overthrow an evil corporation known as TransAn. With her were our trusty pets, the Norwegian Forest cat Pepsi, and the English Bull Terrier Maxine. Sid Banana, a doodle that accompanied nearly all my (or someone else’s) exercise books through college went with her. The inconspicuous San Pedro cactus, gathering dust in the corner of the library at Wolverhampton campus had pretty much passed me by until my tour guide snapped my attention to it with the immortal words: ‘Look at all the still life opportunities around you, people. Everywhere. I mean here -just look at this fantastic cactus.’
It would make a stunning still life drawing, she said. Little did she know it would also make a stunning companion for Alma on her adventures.

My sister’s term at the holiday camp came to an end, as did the supplements. However, my deep love of writing (discovered way back in primary school) had been rekindled. I purchased my first word processor, a second-hand tank of a thing, and THFTRS was written as a novel. 400 pages.
Three re-writes later…the mysterious ruby-coloured jewels had melted away to be replaced by a wholly darker plot. People started having their throats slit. No character was safe from being killed off anymore, no matter how integral they appeared to the story. Doom Absolute had been born.

Various jottings, sketchings and scribblings ranging from the very recent (2017) to way back (2001), when the notes were filed under ‘Spondoolies’. Many of the ideas remain; characters, maps and names even from the early days. Some did not make the cut, but a good 75% of the stuff remained for the transition from light-hearted comedy to dark fantasy